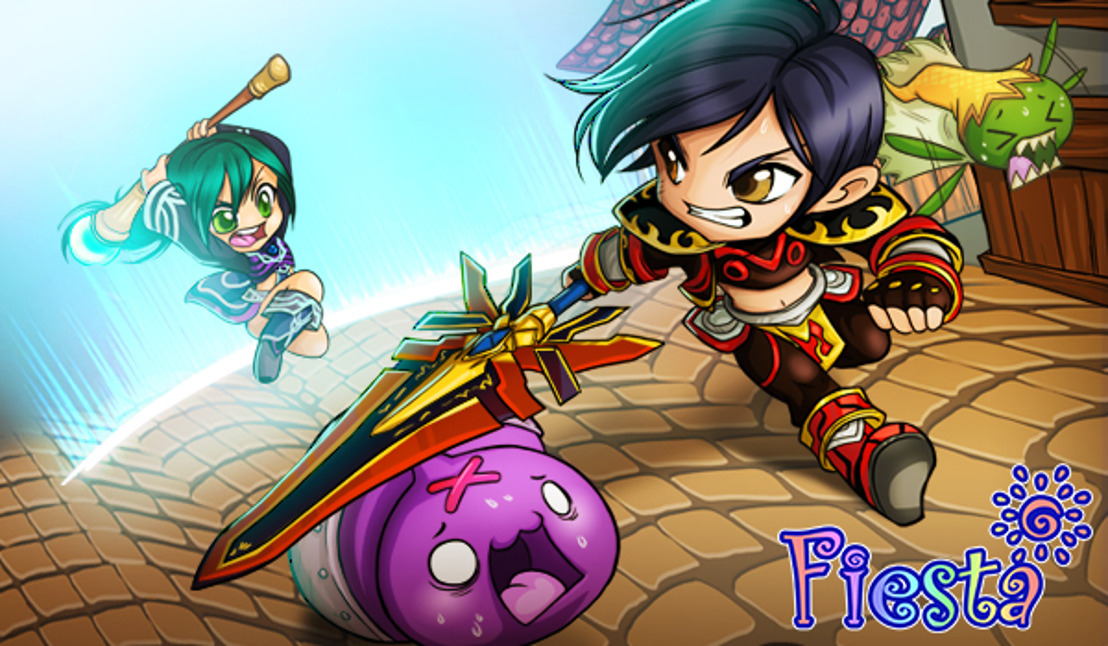 Hamburg, October 9, 2019 – gamigo is excited to announce that their Online RPG Fiesta Online will receive its own Battle Royale Mode. Daring players can delve right into the feature through a newly added Kingdom Quest and access a completely new map to participate in an exhilarating battle for glory.

Unique rewards await the victors of the Battle Royale, including the Runic Aura, which cloaks the players in a mesmerizing golden light. A dedicated leaderboard will display the mightiest adventurers of Fiesta Online for everyone to see. Only one player will emerge victorious from the vicious fighting on the battlefield. To make this quest for power even more challenging, a dome will continuously close in on the players, dealing massive damage to the ones who find themselves outside of its protection. Special buffs and Battle Hammers will aid the players in their fighting.

More information about the mystical MMORPG Fiesta Online and the latest update can be found on the official website.

The gamigo group is one of the leading publishers of online and mobile games in Europe and North America. The company’s diverse game portfolio includes free-to-play titles such as ArcheAge, RIFT, Trove and Aura Kingdom, as well as the recently launched buy-to-play game ArcheAge: Unchained. Counting more than 400 employees, gamigo group is one of the largest players in the gaming industry. Besides its 4 German locations in Hamburg (HQ), Berlin, Cologne, and Darmstadt, the gamigo group also has branches in Istanbul (Turkey), New York, Redwood City, Austin, Bellevue (US), and Seoul (South Korea). In addition to gamigo AG, the group includes the subsidiaries gamigo Inc. and also operates as WildTangent, Aeria Games, and as the brands Infernum, Intenium, Looki, and Poged. The company strives to grow not only organically, but also through acquisitions. Since 2013, it has made more than 25 acquisitions, including titles, gaming and technology companies as well as individual game assets.